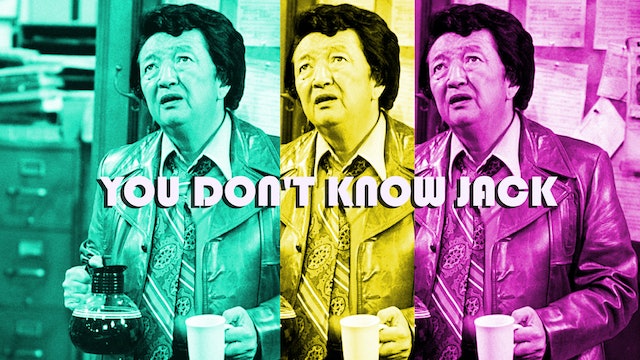 Last week, following rave reviews garnered at the recent SF Asian Film Festival and venues around the globe, the Asian Pacific Democratic Club held a screening at Dolby’s state-of-the-art theater in Potrero. No one has captured the life and times of the man known first as Goro Suzuki perhaps as well as Adachi. From Suziki’s humble beginnings in the East Bay; his family’s internment at the Japanese camps at Tanforan during World War II; his escape in Ohio and the origin of his new moniker, “Jack Soo”, Adachi takes us on Soo’s most improbable journey. A journey that would in fact, pave the way for many Asian Americans in the world of film and entertainment today.

Adachi and co-producer Alex Yeung, (who is also an amazing local musician), have managed to cull some incredible and rare footage, as well as interviews with Soo’s co-stars and friends, including actors George Takei, Nancy Kwan and Max Gail, comedians Steve Landesberg and Gary Austin, and producer Hal Kanter.

The film traces Jack’s early beginnings as a nightclub singer and comedian, to his breakthrough role as Sammy Fong in Rogers and Hammerstein’s Broadway play and film version of The Flower Drum Song. The film also explores why Soo, a former internee who was actually born Goro Suzuki, was forced to change his name in the post WWII era, in order to perform in clubs in the mid-west. Because of his experiences, throughout his career in films and television, Soo refused to play roles that were demeaning to Asian Americans and often spoke out against negative ethnic portrayals.

Soo’s entertainment career was astounding; early comedy routines with Joey Bishop; an amazing singer who knocked ’em dead in Vegas and eventually recorded by Motown; his early TV series with Tony Franciosa in “Valentine’s Day”; appearances on the Jack Benny Show; acting alongside John Wayne and others in the “Green Berets”; and hilarious, dead-pan portrayal of a detective in the beloved TV series “Barney Miller”. Soo was truly a one of a kind talent. No Asian in the entertainment industry had ever enjoyed the the success and fame he would garner.

In one of the film’s best moments, recounted on Adachi’s website, “film historian and New York Times film critic Lewis Beale shares his opinions on Soo’s work and how, as a performer, Soo injected his life experience into what he called “verbal ethnicity”: taking a perception about a person, in Soo’s case, his Japanese-American ancestry, and standing it on its head. Soo never shied away from his ethnicity and instead used it as fuel for his comedy. One of his most famous scenes in Barney Miller illustrates this technique. As Soo described it: “a fella says to me, ‘You shouldn’t squint so.’ I say, “I’m not squinting.’ And, not moving a muscle, then I add, ‘This is a squint!’…”

Following the screening, hosts Tom Shieh and Mary Jung introduced Adachi for Q&A, on subjects ranging from “What happened to Jack Soo’s wife, children?”, (only his daughter survives) and “When are you going to make another film?” Adachi revealed that only after the kind of persistence honed in the Public Defender’s office, he managed to not only track Soo’s reluctant daughter down, but eventually won her confidence. His tenacity paid off, because a wealth of insight and history about Soo found its way into the film.

Adachi also revealed that he probably won’t be making more films any time soon; nothing is motivating him to delve into a what must be have been a real labor of love, the way that “You Don’t Know Jack” has. When he does decide to make another film, (or for that matter, anything else he puts his mind to), it will be well worth the wait.

Much like his work defending those that are in desperate need of counsel and his “Justice Summit” held at the SF Public Library, Adachi’s passionate desire to tell the untold story of Jack Soo is a masterpiece of documentary film making. “You Don’t Know Jack” is a story of the Bay Area, of triumph in an era of war over racism and of blazing a trail that perhaps no one other than Goro Suzuki, aka Jack Soo could have done.

Ironically, Jack Soo and his incredible life’s work has made it possible for Adachi and others like him to bring us this very fine film. See this film when you can and for 60 captivating minutes, get to know Jack. You’ll be glad you did." wrote E. "Doc" Smith of Beyond Chron. 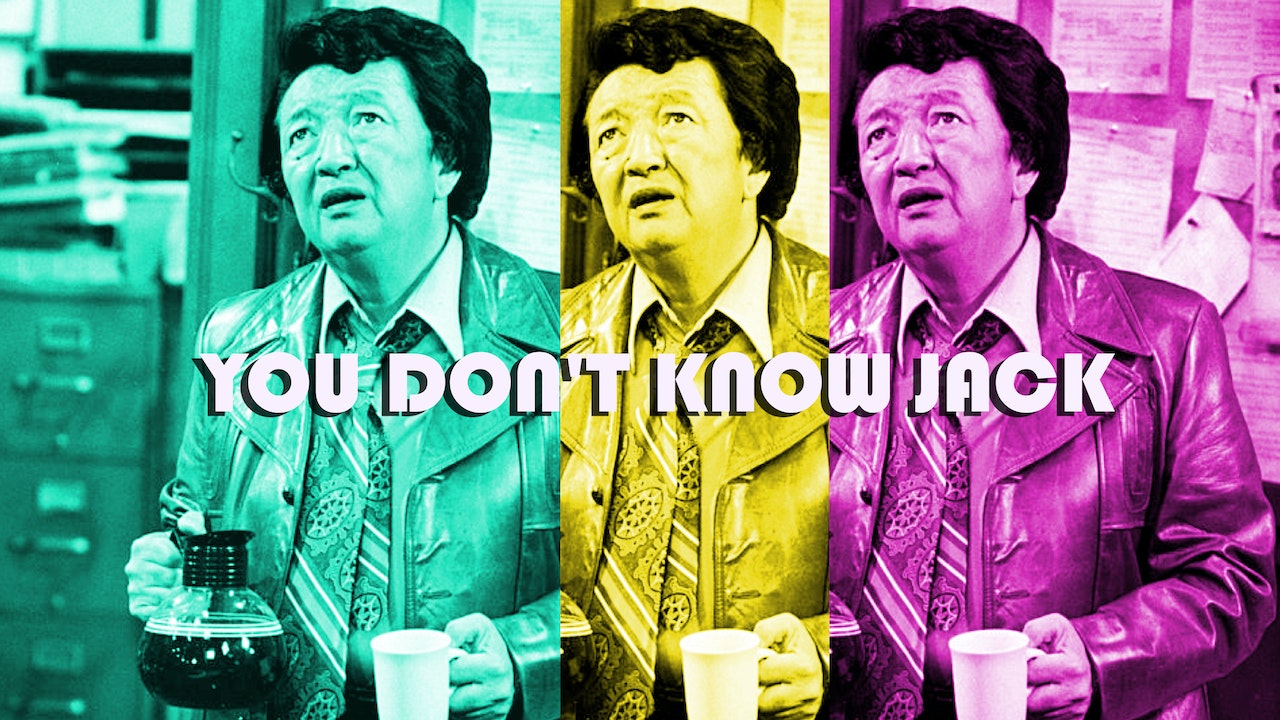