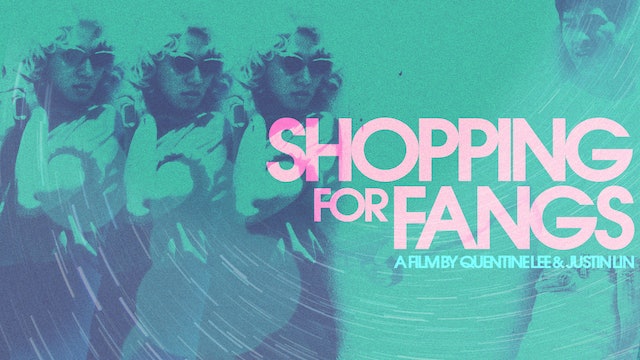 "Newly restored, SHOPPING FOR FANGS crisscrosses over a Los Angeles inhabited by a flirtatious waitress in a blonde wig, a woman who receives mysterious but alluring phone calls, and a man who thinks he’s turning into a werewolf. In this sparkling new edition, an astronomical improvement over the long-out-of-print DVD, we also see that the film is a pulsating visual document of a time and place: of SGV restaurants and sordid bedrooms, bible studies and work parties – the sorts of ordinary Asian American spaces ripe for some strange, comical, and uncanny encounters. The space is also a playground for unforgettable talent including a young John Cho and an iconic Jeanne Chinn. Meanwhile, Quentin Lee was an ascendant figure of the new queer cinema and Justin Lin was five years away from his breakthrough Better Luck Tomorrow.

A perfect distillation of the possible paths for Asian American cinema, SHOPPING FOR FANGS was a fortuitous mix of Lee’s lively penchant for blurring identities and Lin’s inchoate mastery of genre. As such, it remains a touchstone, a film that represents the independent spirit but also the crossover prospects of Asian American cinema, and which has been for two decades a holy grail film for completists who finally have a chance to see it with the visual and sonic blast it deserves." Brian Hu, San Diego Asian Film Festival